Chinese Newsletter (Reporter Zhang Shi) Geisha (Japanese: 芸妓, 芸), also known as geisha, is a unique female performing arts worker in Japan, born in Tokyo and Osaka in the 17th century. The first geishas were all males, and they traveled outside the capital of Kyomachi. They were commonly known as towns and towns. They used to perform dances and musical instruments mainly in brothels and entertainment venues.

Here she applies the geisha make up to the student’s face.

In the middle of the 18th century, the geisha profession was gradually replaced by women. This tradition has been inherited ever since and has formed a representative traditional culture. They perform mainly at banquets as singers, musicians and dancers and play games as well as chat with customers. 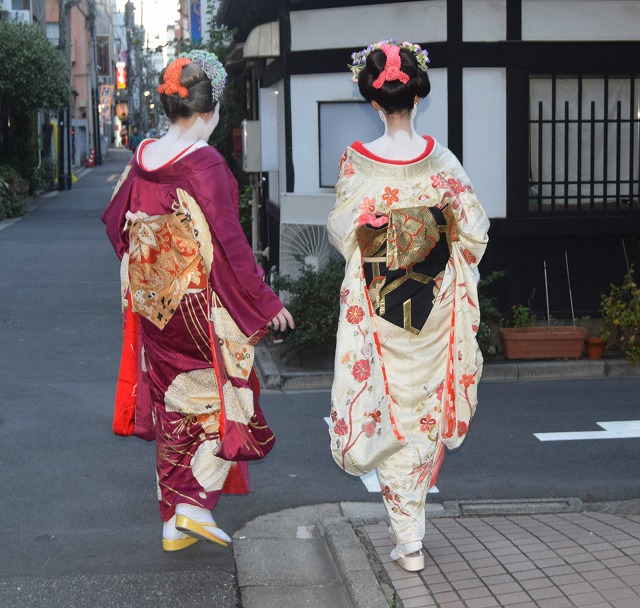 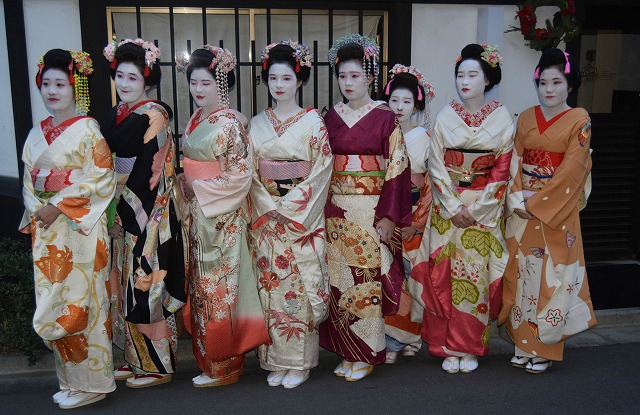 Ms Sayuki is an Australian. She came to Japan at the age of 15 and obtained a doctorate in social anthropology from Oxford University after finishing high school and university in Japan. After studying, she became a geisha in 2007. She is the first white geisha in the world to receive comprehensive training. She is good at flute, shamisen, Japanese folk songs, etc. Now she teaches at the Waseda University and is engaged in geisha activities. 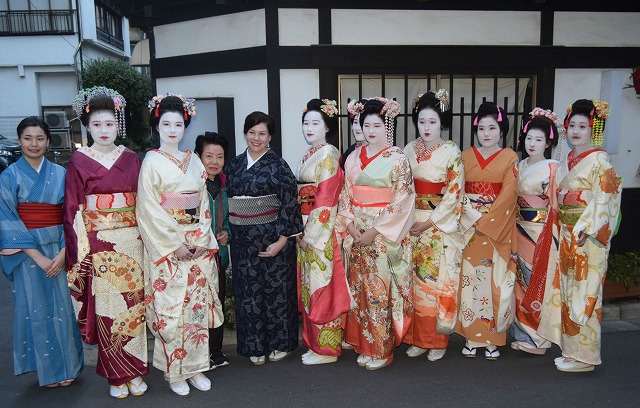 In Fukagawa of Koto-ku, Tokyo, there are Japanese geisha predecessors from the 50-year-old Yida, who are working hard to restore the geisha culture. The teacher is now helping them realize this desire. They are also cultivating talents of geisha who are not picking up. For more than 20 years, a new geisha student has been recruited – the maiko gauze sound is cultivated here. Sayuki also studied at Peking University for a year. She also hopes to come to China to perform geisha culture. 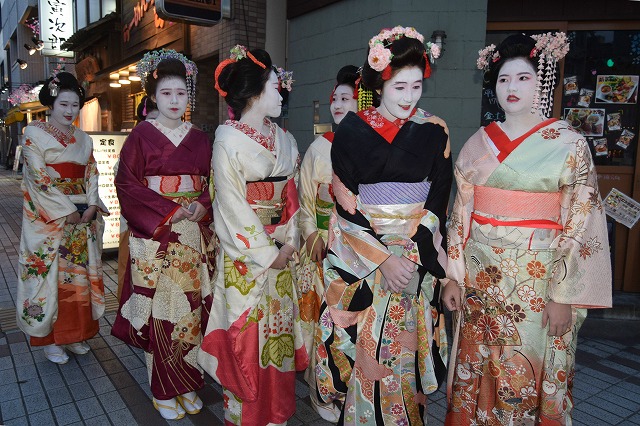 On December 10th, she led nine international students and Japanese students from mainland China, Taiwan, South Korea, the United States and Japan to experience geisha culture in her. The costumes of geisha were prepared for her students.

She patiently instructed the students to make up the makeup. When the students didn’t put up their makeup, she personally made makeup for the students, and then wore kimonos and headwear for them. 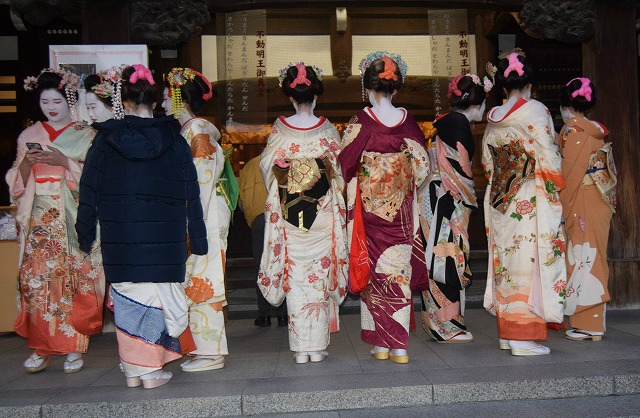 Wearing a kimono is a very professional job, and wearing a geisha kimono is a difficult art job. From the morning to the evening, Sayuki’s teacher didn’t even eat for lunch. She worked for nearly 10 hours before putting the geisha and clothes of the nine students one by one.

After a hard day, nine girls wearing geisha kimonos took a group walk in Fukagawa of Koto-ku, forming a beautiful scenery that attracted many Japanese to watch and attracted reporters from local media too. When I heard that most of them were foreigners, the onlookers were even more amazed and took photos with them. They also took pictures of themselves and left a beautiful page in the study abroad life. (Zhang Shi Photography)